However, in excess it can be a problem, and more if we squeeze a lot when brushing our teeth.

After each meal, brushing and flossing helps eliminate the layer of bacteria that forms around the gums and teeth, and is responsible for the formation of tartar, tooth decay and other dental diseases. In addition, proper brushing protects the enamel and preserves it for longer.

However, in order to maintain good oral health, the frequency and time we spend on brushing is as important as well as the technique with which we perform it.

What happens if we brush too hard?

Gums are usually the first affected: brushing too hard can force them to decrease in size and become smaller, exposing more surface of the tooth.

On the other hand, the dental surface also wears and the enamel can be damaged. This causes the softer layer inside the teeth, called dentin, to exteriorize and wear faster.

However, before this happens, excess brushing will cause sensitivity in the gums and teeth, causing annoying pain when eating or drinking.

What if we don't use the right brush?

The toothbrush is made up of hundreds of filaments. If these are from hard bristles, when they come into contact with the surface of teeth and gums, they can damage them, making them more vulnerable to attacks by bacteria that populate the mouth.

Professionals agree that medium texture brushes are ideal for removing plaque and food debris. In addition, it is important that they have a small head to reach all areas of the mouth, including the posterior molars that are difficult to access.

Is it better to use an electric brush?

There are people who prefer them, since when vibrating in different directions they clean in greater depth. However, if manual brushing is done thoroughly, there is no difference in the result. The electric brush is recommended for people who have difficulties to make a good brushing or who suffer some limitation in their manual dexterity.

TIPS FOR A CORRECT BRUSHED

Brushing should last at least two minutes: since most people do not brush for so long, dentists recommend using a stopwatch or listening to the radio while we do it.

Perform short and smooth movements, paying special attention to the gum line, the posterior teeth that are difficult to access and the areas around fillings, crowns and other repairs.

Clean each section well as follows:

External surfaces of the upper and lower teeth: Tilt the brush at an angle of 45 ° against the beginning of the gum and slide the brush towards the end of the tooth and forward.

To have a fresher breath and eliminate bacteria, do not forget to also brush your tongue.

To complement brushing, use floss or dental floss.

Use mouthwashes rich in fluoride and other minerals to strengthen the enamel and avoid future problems.

Brush after each meal and, especially, before bedtime: the bacteria that participate in tooth decay, can multiply 30 times during the night if you have not brushed your teeth before going to bed.

Oral hygiene habits should be followed by older adults

Myths and truths about dental veneers 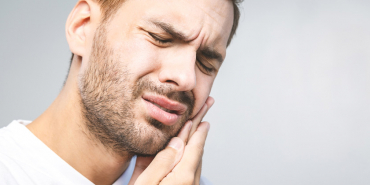 What are wisdom teeth and which are its complications?

Stains on milk teeth: Which are its causes?

Bad breath: Which are its causes and how to fight it?