The causes of halitosis can be multiple, from poor oral hygiene, tooth decay or gum disease, chronic gastritis, infection in the tonsils, as well as diabetes, due to fluctuation in blood sugar levels, acid reflux and drip retronasal Even a common sinus infection can affect your breath, although the vast majority have their origin in the mouth itself.

The bad smell of the mouth is caused by bacterial breakdown of food debris between the teeth, saliva, oral mucosa cells or blood, which produce volatile substances such as simple fatty acids and sulfur components derived from proteins such as putrescine and cadaverine.

Due to this production of substances, more than 85-90% of halitosis have their origin in the oral cavity and when there is no pathology, it is usually due to poor oral hygiene.

We should not confuse the typical "bad breath" as soon as we get up - and that disappears with simple brushing - with true halitosis. In these cases it is a persistent smell that does not disappear after brushing, flossing and mouthwash.

It can be demoralizing and shameful, and many people are reluctant to even mention it to their dentist.

The treatment of halitosis, not resulting from other diseases mentioned above, has different possibilities:

Avoid tobacco, alcohol, coffee and foods of intense flavor or smell such as garlic and onion, which enhance halitosis.

Abundant intake of water: it is recommended to drink between one and two liters of water a day to favor the production of saliva.

Tooth brushing, at least three times a day or after each main meal and especially never forget before going to sleep at night. The brushing of the teeth should be done on all their faces and should also include the back of the tongue using tongue scrapers. A soft toothbrush is recommended if gums and a toothpaste that does not contain fluoride bleed.

Mouthwashes (especially those containing antiseptic agents) after brushing or brushing. Its effectiveness is transient and should not replace tooth brushing but complement it.

Flossing: to eliminate food debris embedded between teeth. You must perform after meals and before tooth brushing.

Chewing gum without sugar: is another remedy against halitosis between meals or between toothbrushes, because it increases the production of saliva. Nor should it replace tooth brushing.

Go to a dentist to explore the oral cavity, all teeth and gums. You may advise tartrectomy to remove tartar and bacterial plaque and treat dental pieces with cavities or remove parts in very poor condition.

Almost 90% of childhood caries do not receive the necessary treatment 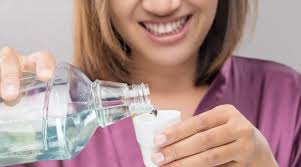 The importance of using a mouthwash 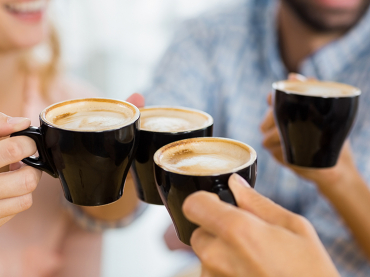 I have stains on my teeth. How can I get rid of them? 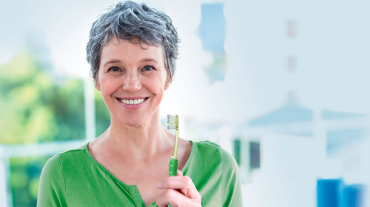 How menopause affects your oral health?

Gingivitis in children: what you should know?